I’m wanting to use PLATFORMIO instead of ARDUINO IDE, but in platform IO I can only get HELTEC 1.1.1 version of WiFi Kit 32 which does not support the ESP32-S3 (V3) WiFi_Kit_32_V3 board.

I’m needing version 0.0.7 (Heltec-Aaron-Lee)'s version that contains support for Board Development, but the platform io links seem to be libraries not boards???

From Arduino IDE 2.0.3, when I go to add boards, I can get to V 0.0.7 of ESP32 Arduino when searching for HELTEC when looking for BOARDS…
GitHub - Heltec-Aaron-Lee/WiFi_Kit_series: Arduino source codes and toolchain for WiFi_Kit_series made by HelTecAutomation. (associated content link from GitHub) 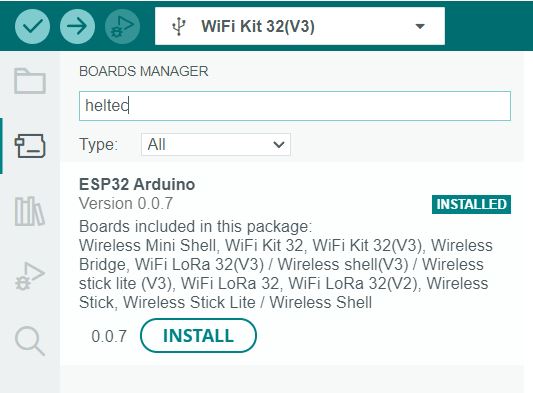 I do not know how to FORCE GIT to use this .json??? in Platformio?? When I researched the links to source content on github i found (very difficulty) the following:

…github.com/HelTecAutomation Esp32 Takes me to 1.1.1 and this “Branch” does not contain support for the ESP32-S3 version of WiFI_Kit_32 (V3)

BOARD:
unable to load supporting pic (limited uploads and links for newbie UGH!!!)

PlatformIO only officially supports the official Arduino-ESP32 core made by Espressif, not the spin-off forks from HelTec. Sometimes changes or new boards get merged back into the official core like here, giving them support there, but that doesn’t happen with every board.

For the WiFi_Kit_32 V3, there is however this PR open, and you can import in PlatformIO as already discussed in Heltec Esp32 LoRa v3 board support - #2 by maxgerhardt.

Official merge back in PlatformIO is already tracked in

the changes I made come from [this](https://github.com/Heltec-Aaron-Lee/WiFi_Kit…_series) repository hope it can help other people

Thanks… sorry for redundancy, I thought i performed a thorough search before submitting… I try info in the linked post. THX

Can you dumb this down for this NOOB…pls

Arduino-esp32 might have added V3 board support, but I cannot select any of it in the “Boards” new project setup.
espressif/arduino-esp32

What would I put where???

but I cannot select any of it in the “Boards” new project setup.

It’s not available in the “New Project” wizard, the point is to create any arbitrary project (can be ESP32 Dev Module + Arduino, or Arduino Uno + Arduino), then overwrite the platformio.ini with what’s linked above and hit build. Only after the initial build goes through, the modified platform is installed which gives you the new board.

Very much appreciate the “what to put where and step instructions”!!!
Not only that, but the quick, timely responses!! What a great Community!!

Never seen that before. Can you take a screenshot and indicate which button you pressed to get that error?

You should be using the project task “Build” for that.

THEN:
replaced text in .INI with #954
Check mark : BUILD on the task bar again 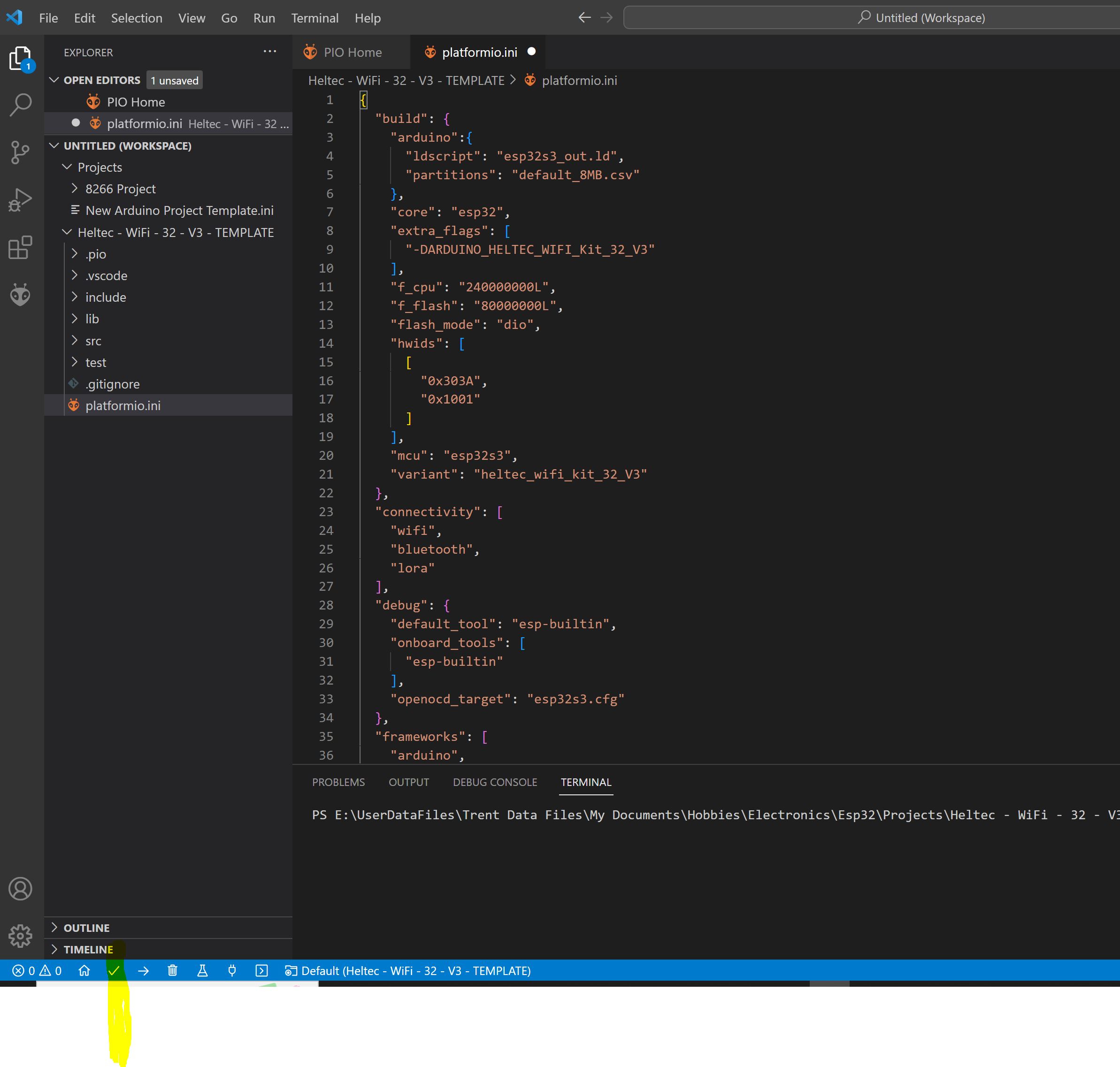 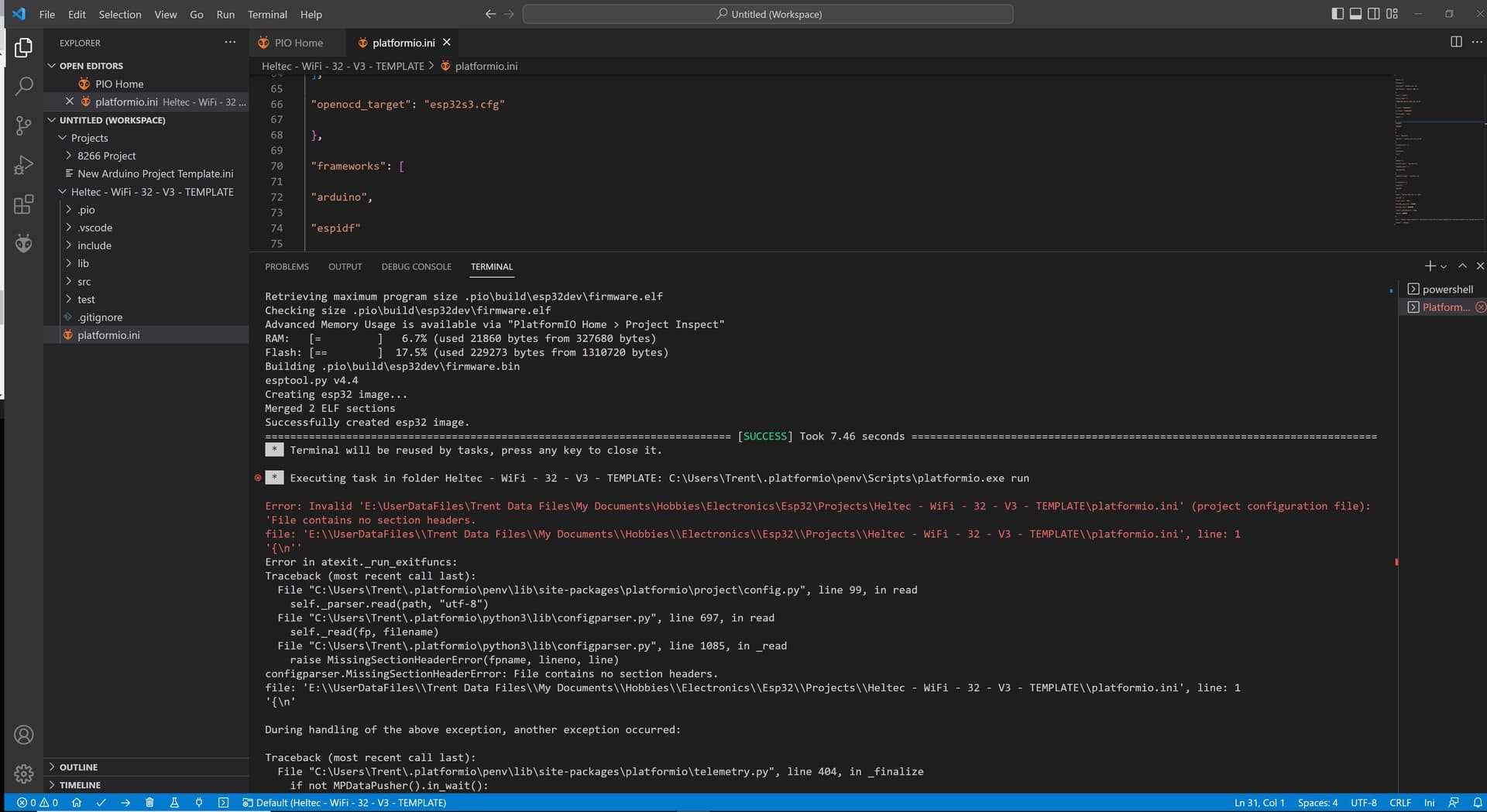 SUCCESS when I used this 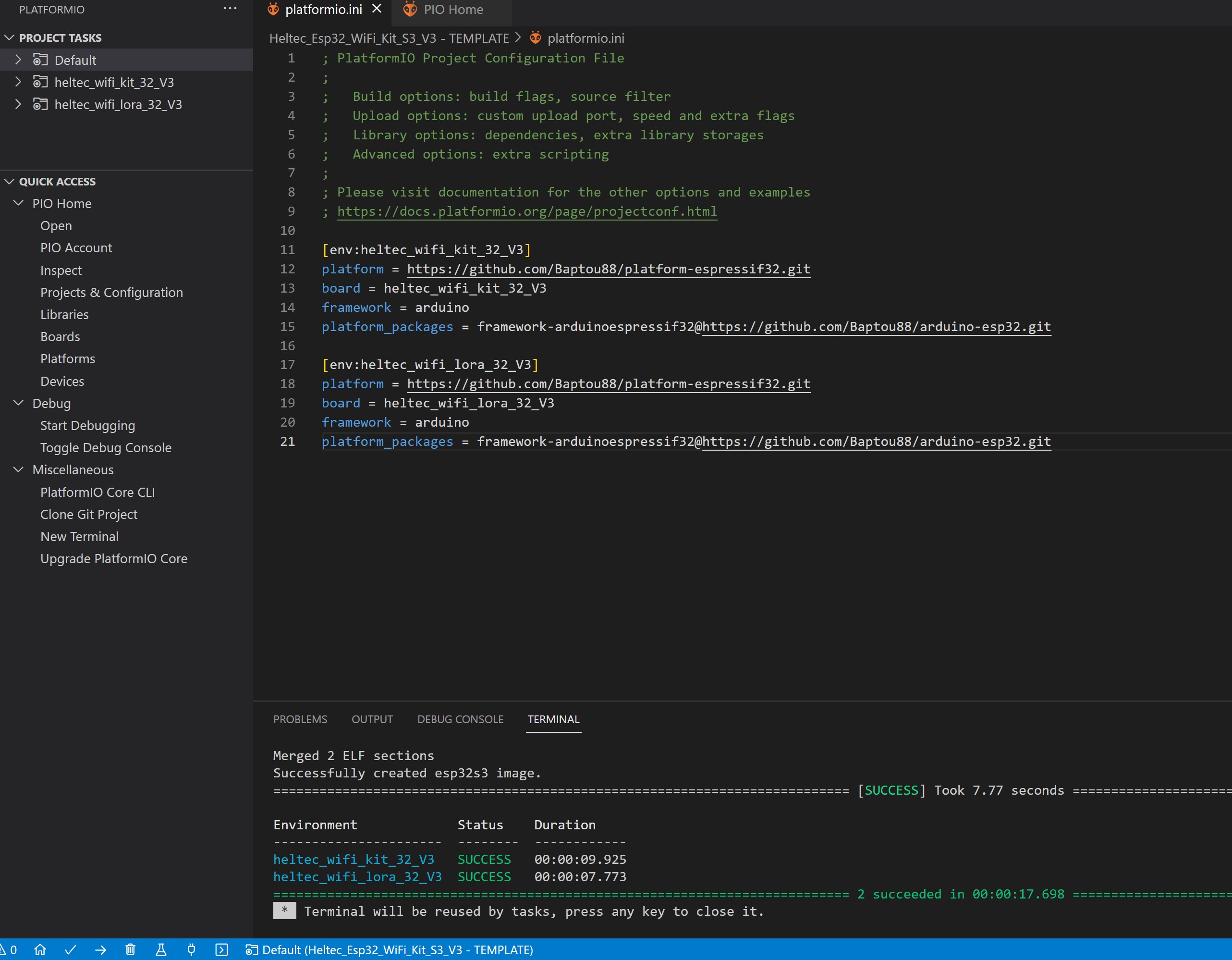