WAVGAT: close, but no guitar

Greetings. I am completely new to PlatformIO so apologies if this is a dumb question.

I’ve purchased several cheap Arduino clones which are called “WAVGAT UNO R3”. I believe these use the ATmega328P chip. I found software for the Arduino IDE, installed it, and tested there and it seems to work OK. I tested with your garden-variety blink code: LED on, delay 1 second, LED off, delay 1 second.

Anyway, I’ve (tried to) set up a VSCode/PlatformIO environment for this board (the Arduino IDE leaves much to be desired, at least for me.) I’ve already used this IDE to load firmware into my 3D printer, so I think my environment setup isn’t too far off.

I’m now trying to use that same IDE to program the WAVGAT. I couldn’t find much for platformio for this board, so I decided to try to copy one of the other boards that use the same cpu.

I can now compile and upload to a WAVGAT using the VSCode/PlatformIO IDE - however, the timing I get seems way off. By that I mean a “delay(1000)” in the code produces delays that are far longer than 1 second (more like 3 or 4). In the Arduino IDE, uploading the same code seems to yield accurate timing.

The “specs” on the WAVGAT suggest that it runs at 16MHz. That is what I originally put in the platformio board definition. When I saw that the timing was way off, I tried playing with the board speed just to see what would happen. I seem to get “better” results if I decrease the CPU speed in the board definition. I’ve tried setting it all the way down to 4MHz, and got faster blinking, but I’m puzzled about why the 16MHz seems so far off, and what I should be using instead (or what else I probably have missed.)

Thanks for any help!

Boo hoo. Looks like everyone else is getting replies but none for me.

Since it looks to be an atmega328p, running at 16Mhz… you should be able to use the bog standard (aka ordinary/standard) board = uno board type. It’s possible you picked an atmega328 configuration that runs at a different speed or something, and that’s why it didn’t work properly out of the box…

I’m not sure what “bog” refers to, but I’ll look for the uno board. Thanks for the help.

Hi, I’m new here too. But I encountered the same problems.

The problem is that it is not an atmega328p, but a Logic Green LGT8F328P. (On the chip it says Wavgat AVGA328P) There is a procedure to install the correct files on the Arduino IDE. There is also more information about this on Github. I had it installed on my Arduino IDE, but unfortunately the newer versions of the Arduino IDE continue to give errors. So I went looking for an alternative and installed MS Visual Studio and PlatformIO. That works great, but it does not support the Wavgat boards. It would be great if these boards were supported in the near future because they are inexpensive and of good hardware quality. But without the right software to program them, they are useless.

@Rob52 I just bought a couple LGT8F328P boards on ebay. I was having fun messing around with board files the other day. It looks like the github link you provided has everything needed to get it working.

I’m not one of the pros on this forum, but I’ll take a stab at getting it working with an Arduino as an ISP programmer.

This Github repo looks helpful too: 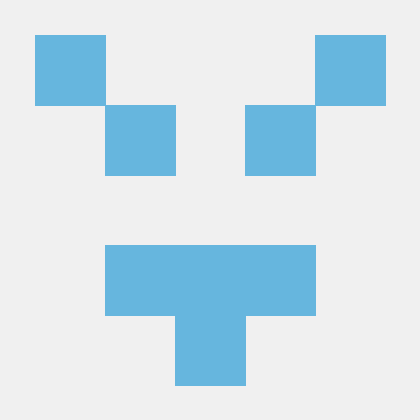 Contribute to Edragon/LGT development by creating an account on GitHub.

I have just tried out some programs on both the Arduino Uno and the Wavgat Uno, but they are certainly not 100% interchangeable. Simple sketches such as Blink work, but slightly more complex sketches do not. Wavgat has made some files available for Arduino IDE, but unfortunately they are not updated. Because the Wavgat is not 100% compatible, it will be difficult to transfer existing Arduino sketches to a Wavgat Uno R3. For that reason I have ordered a few Chinese Arduino Uno clones. I doubt that much will change from China because they have probably just developed the Wavgat for the local market and that is of course very large in China.

Interesting… Well I probably won’t get my boards for a week or so… (EDIT - I just got a shipping notification that says it’ll be here around 2/7/2020… Are these made on the moon?)

I just ran the “data book” from the repo I linked to through google translate… It did a pretty impressive job! It doesn’t look like I can share PDF files on here though.

Just for fun - I’ll poke through it and the arduino files / libraries in the repo and see if I have any luck.

FWIW I did manage to get a dev environment working with the WAVGAT “UNO R3” board (with VSCode and platformIO). At least it works for what I’m doing with the board right now. Thanks for all the input

Which board did you choose to work with? Neither the Wavgat nor the LGT8F328P are a choice option.

Thanks, I’ll try that.

Hi, did you have to add some file to vscode/platformio configuration? In this case do you remember which ones? Sorry but I’m totally new to platformio…