Program size mismatch between bin and print out

while trying to implement a bootloader on a custom F303CC I wanted to understand elf files and use this for flashing my uC to have more information about the addresses used etc.

Linker script is the default one provided by Cube.

Therefore init values need to be stored in flash.

So I added the section and my total flash size equals 5748 bytes including padding (see Total size in screenshot). 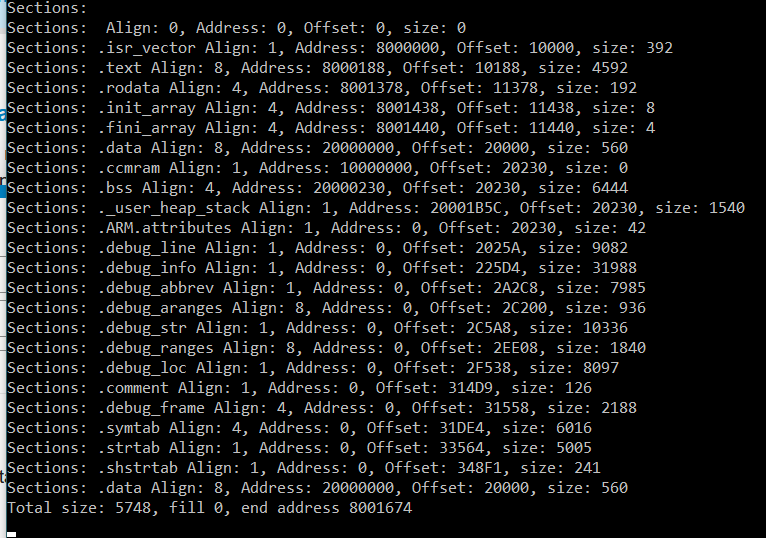 All headers from the elf file are also listed.

This behavior is similar with an arduino project on F303CC: 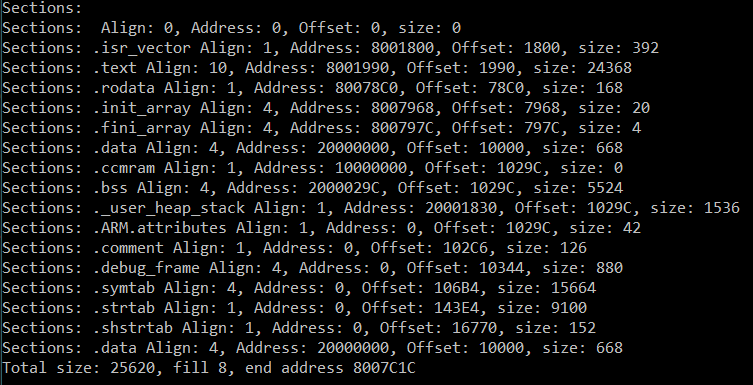 Is this intentional? Or is it just an oversight and just a check for 0x8 memory addresses is done?
Which also does not fit the size used.

So e.g., when I build the https://github.com/platformio/platform-ststm32/tree/develop/examples/cmsis-blink example with your platformio.ini, I get

For RAM, only the sections .data + .bss + .noinit are considered and that is in this case just .bss and 28 bytes.

If the linker file has section names which are not listed in this regular expression but still contribute to flash or RAM, they are not counted. The size-tool and the PIO core logic is not intelligent enough to figure out that certain sections do end up in RAM or Flash after all based on its address.

Notice that it also ignores the core-coupled-memory (CCM) RAM.

So your calculations might be more correct than PlatformIO ones’.