We are happy to announce the major release of PlatformIO Core with full support for the PlatformIO Trusted Registry, SCons 4.0, custom targets, and refactored package management system! Read more 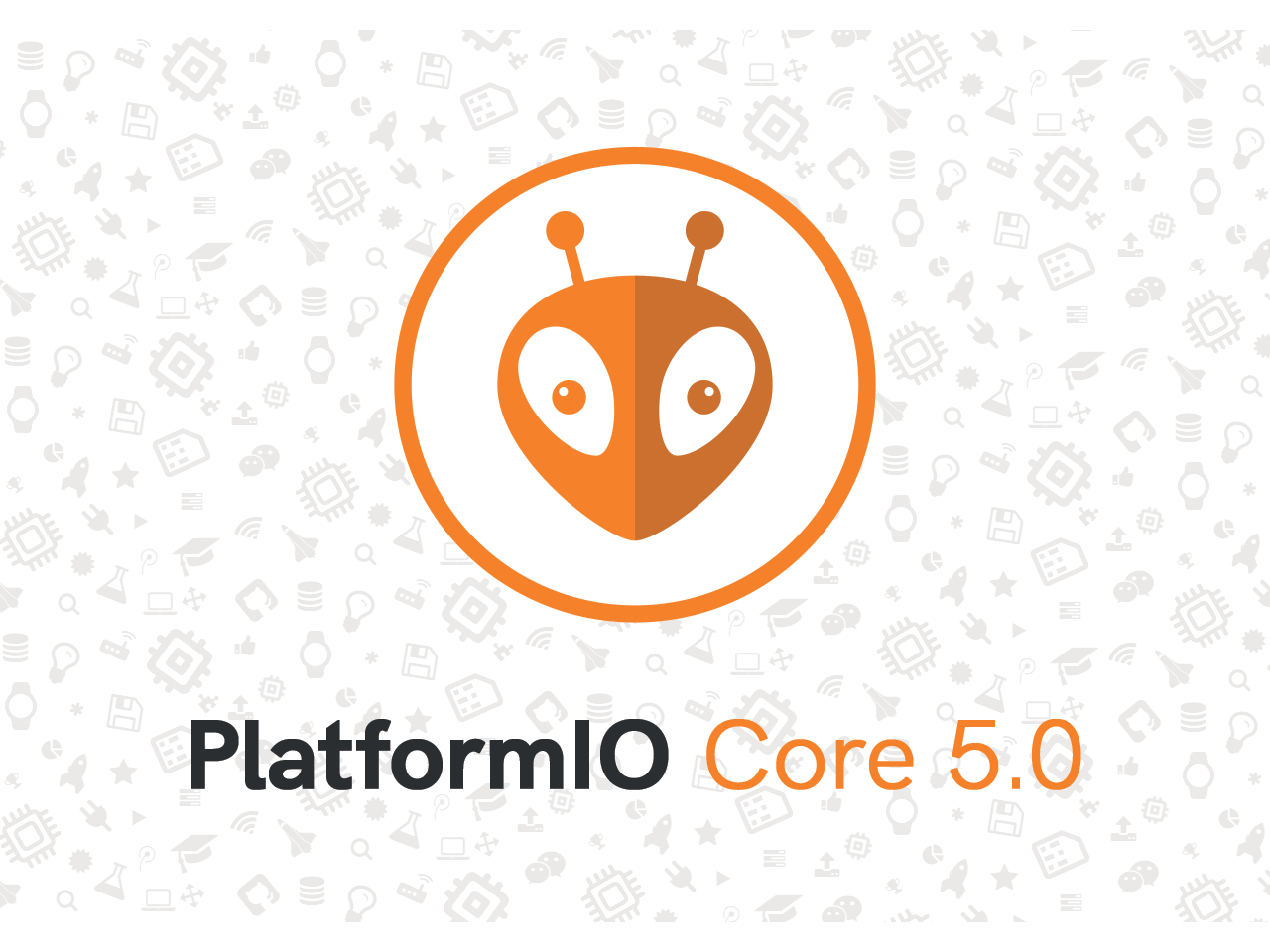 PlatformIO Core 5.0 is out with full support for the PlatformIO Trusted Registry, SCons 4.0, and custom targets

Great news! Thanks for your awesome work.
Without PlatformIO Tasmota would not be possible.
Friendly greetings from the Tasmota crew.

Thank you too for using PlatformIO!

P.S: Have you tried your newly submitted packages using a new dependency declaration?

Yes, it does work. It is already activated since today in actual Tasmota development branch
Ahh, not with exact version numbering. 2.7.4.1 seems is too long. Generates errors when trying to do.
With 2.7.4 it does work

@ivankravets just upgraded to Platformio Core 5.0.3 but not “Platformio Home” does not work anymore.

it opens the web browser and then I see a page that says: “Loading…” and it never ends loading.

@ivankravets thanks for the answer, I appreciate it.
pio system info

Please file issue at https://github.com/platformio/platformio-core/issues and put reference to this thread. Thanks.

I’m curious which edition will finally get rid of the infamous “platformio ide build command not found” that crops up if you look at it sideways like:

Or when it hangs forever creating a new project.
Or when it just decides it doesn’t want to download platform or framework dependencies for an existing project, forcing you to create a new never-to-be-used project (i have projects named goddamnit, goddamnit2, etc) with the required platform and framework settings just to trigger a download so your other project will work.

Because right now, while you’re busy adding features to an unstable product, I’m deciding that $100 for Visual GDB in the alternative is a much better option than Platform IO.

$100 saves a lot of pain, compared to “free”+endless headaches.

Thanks for the response here. Before we start discussing a possible solution for your issue, could you explain in a few words what is your motivation for writing this?

The reviews go to the history, and no one will see them soon. Are you open to discuss how we could help to solve your issue? We have the opposite philosophy in the market - we give developers a choice. If you are happy with other IDE solutions, we are happy for you.

Regards,
Your friends at PlaformIO.

Absolutely. PlatformIO consistently asks me to rate it immediately after it fails spectacularly, so finally I decided to. I know how to fix PlatformIO when it fails. It’s just that it likes to do it so much, no matter the system, the operating system, or how fresh the install is. It’s at least a weekly thing on one at least one of my systems, and that’s if I’m lucky. I shouldn’t have to be an expert in recovering from failures that shouldn’t be happening. If I would have known Platform I/O was so high maintenance I would have never used it in the first place. Fortunately, I’m getting my current client that’s still using it to move away from it, and then the divorce will be clean. I just hope other people don’t make the mistake of investing in this time sink like I have.

I know how to solve my issues. EVERY TIME. That’s why this is no longer an issue for your forums. The problem is they keep happening because you have 10 pounds of crap on a 5 pound architecture and you’re adding features rather than shoring up what you have and making it robust.

Here’s a tip from someone with a little bit of professional experience writing commercial code: When your clients keep coming to you with the same problem and your solution continues to be “delete the .platformio folder and reinstall” then you have some work to do, because that’s not a tenable place for a product to be. I don’t know how much of that applies to the open source offerings, but maybe it should.

I’m happy to discuss the issue of ONGOING failures. Not specific failures that I already know how to work around - i described them in the prior post already and implied the solutions, but the fact that they keep happening is what I’m interested in.

I shouldn’t have to be an expert in recovering from failures that shouldn’t be happening.

Is it the only reason why you stopped using PlatformIO? If PlatformIO works without issues on your machine, do you see any benefits over the paid solutions (just ignore price)?

Yes, ongoing stability issues are the reason I’m moving away from platform IO.

There are other things I do not like about it - a lot I don’t like about it in fact, but it pales in comparison to the stability problems. I can deal with the pig-slow loading screen. The silly UI that forces me to choose a project to add a library to when i only have one project open in the editor is annoying but workable. Things like that are minor in comparison. The biggest secondary issue I have with platform IO is the silent failure when creating a new project, where it just hangs forever.

But none of that matters if the projects periodically just stop building. Or if i can’t move projects from one machine to another without reinstalling platform IO on the target machine. etc. These are the things that keep me from being able to work until i fix them, and that’s what’s not acceptable. I can’t keep coming to my clients with “i’ll be a few hours later with this deliverable because Platform I/O is acting up again”

I actually have to AnyDesk into one client’s machine to run platformIO for him to load code onto the hardware we’re prototyping despite him being an electrical engineer with some software experience, because platformIO is so prone to acting up he’s just done dealing with it.

The best part of Platform IO is actually VS Code, not platform IO. Everything Platform IO does better than arduino is because of VS Code and related extensions. Things like intellisense.