Include Path issues ( #include <libmaple/gpio.h> ) 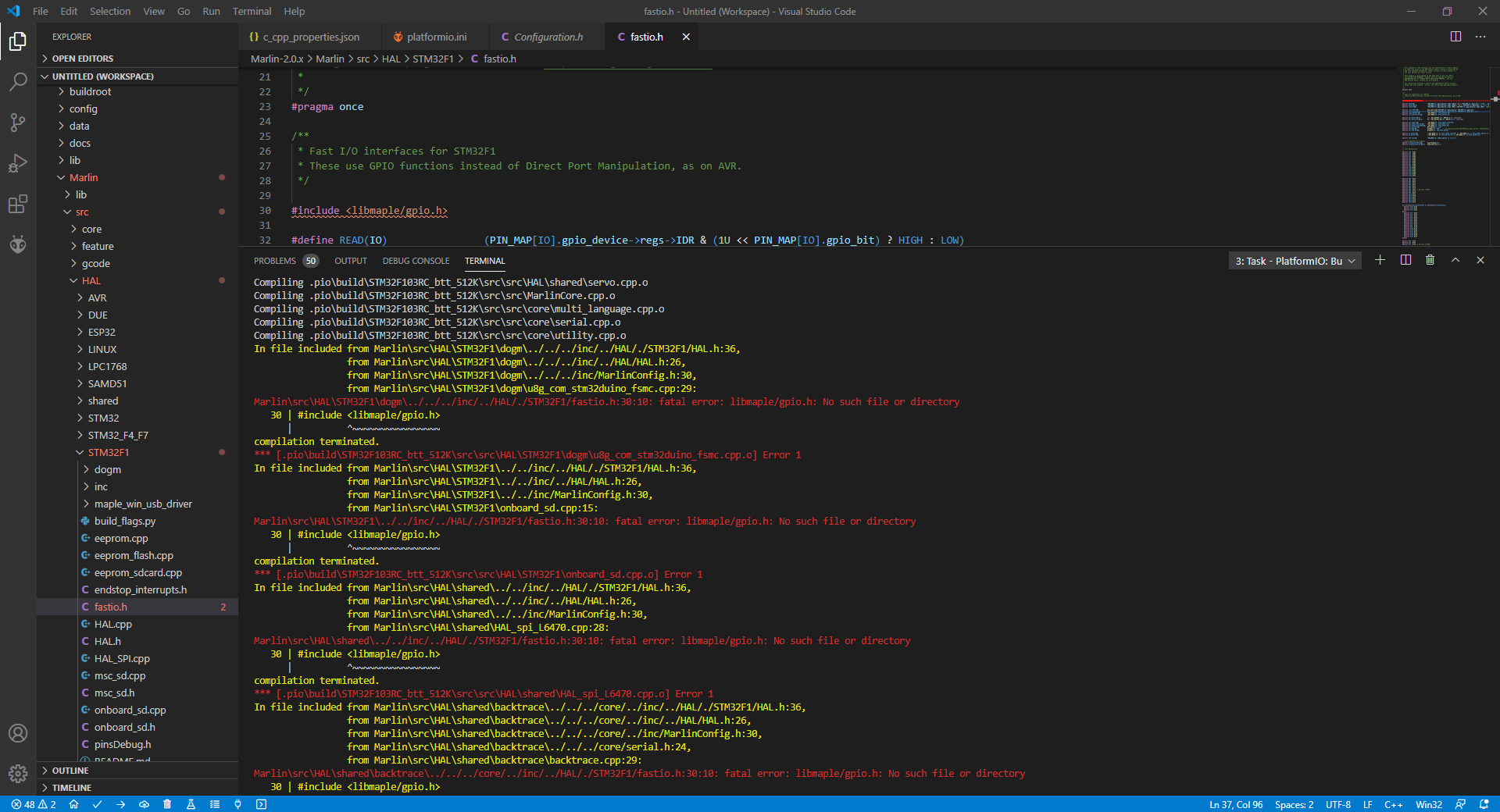 I downloaded marlin 2.0.5.3 from their website
STM32F103RC_btt_512K is the environment
what do you mean by config header files

this is another picture of my issue and this is a fresh download of the firmware before I touched anything other than the config files i copied over from the example config files for “creality ender 3 with btt skr mini e3 v1.2” 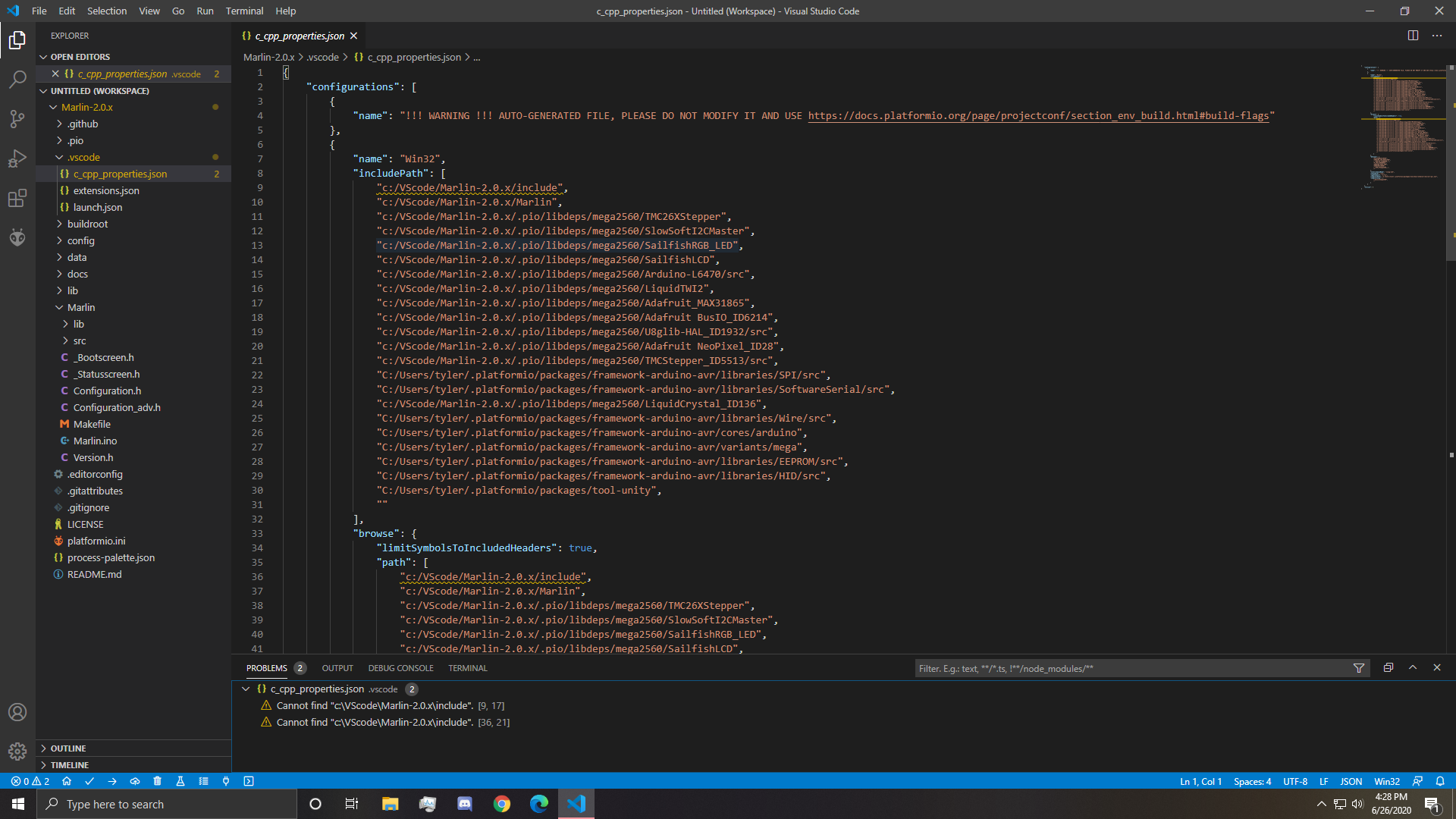 what do you mean by config header files

Configuration.h and Configuration_adv.h, the ones correct for your printer or released on https://github.com/MarlinFirmware/Configurations. I’ll assume you took this which is specifically tagged for 2.0.5.3 release (but different from the general bugfix-2.x branch).

PlatformIO commit https://github.com/platformio/platform-ststm32/commit/ae1f4504ede01746c39511af7531bab9da12ee7b#diff-70f8452f73769538c369f9cfbe418e41 broke the Marlin build by changing the core type to stm32 instead of the previous maple core. This Marlin environment needs however Maple and not the STM32Duino Arduino core. This is a breaking change introduced by the latest release.

Marlin just specifies platform = ststm32, aka the newest platform version, so that happened.

To fix it, either specify an older version of the platform by using

or keep the newest platform and add board_build.core = maple in the environment, e.g.

I also had to apply a library fix described in https://github.com/MarlinFirmware/Marlin/issues/18081