how to connect Platform IO with tis git instance

…Connecting PlatformIO with this git instance means what exactly? Pulling libraries from it? Use lib_deps with a URL from your server as normal.

As I know Platform IO supports to use repositories on GitHub, meaning maintain own repositories for own projects. If they are not private free off costs. I have some project I will publish. But I have no expieriance with that. So not to publish nonsense or fill the repository with garbage I like to try with a git instance on a local server. But where and how configure platform IO which server to use.

Whether your PlatformIO project folder is a git repository or not has nothing to do with PlatformIO. That’s just plainly using Git. You don’t tell PlatformIO “this project is saved in the git repo XYZ”, that comes through using Git, normally by just having cloned the newly created empty repo via git clone, or, if you want to push an existing folder, via git init, git remote origin add ..., etc. etc. Refer to the normal Git tutorials on how to do that. This is basically what Github tells you after you’ve created a new repo. 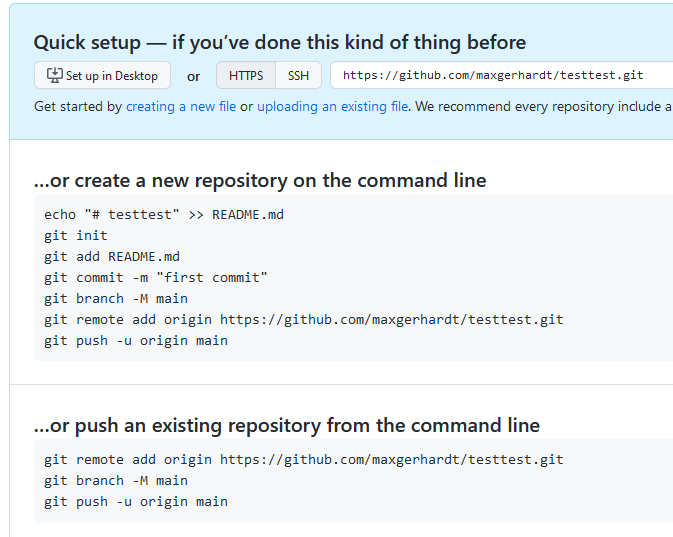 As said, if you have libraries on your private Git server, you can pull them in as normal through lib_deps. It does not care about which Git server is in the URL. E.g.,

The URL can be pointing to any valid git repo on any server.

Sorry to ask again. What I have is a server on my intranet lets say test@muekno.de on 172.16.1.116/24 with git installed testet and working with commandline commands
And Platform IO installed on my iMAC OS X Workstation. with some project on the local HD.
In left toolbar of Platform IO there is an icon called GitHub, but this seam to connect to GitHub and I do not find a way to tell it to connect to my server
On the other hand there is an icon Source Control where I can open a folder with an existing project
Then under Manage Extensions the some git extension with a lot of parameters but even there I can not find something meaningfull. There is only a path to the git command leading to nowhere as ist is a windows path but I am on OS X
So please can you lead me out of this dead end street.

P.S. I can not imagine that I have to use the command line

In left toolbar of Platform IO there is an icon called GitHub, but this seam to connect to GitHub and I do not find a way to tell it to connect to my server

No, what you are seeing is (probably) Visual Studio Code (VSCode) the editor. PlatformIO is installed as an extension to the editor, it is not a part of VSCode. I’m using Linux, I do not see an icon for GitHub but I do see the one for Source Control.

VSCode needs the path to where your git command line tool is to be found. On my Linux box, the git command is available on my $PATH so I don;t need to specify it.

There are copius docs on using Source Control from within VSCode at this link. Perhaps you’ll find something there?

However, if you do open a command line session on your Mac, and type the git --version command, then if you get a valid version number displayed, you know that git is on your $PATH and VSCode should “just work” with it and no need to specify a path to it.

If you get an error, then git is not on your $PATH so you need to either:

After amending the $PATH you will most likely have to restart your session and VSCode to pick up the changes. I’m not a Mac user.

There might be an extension for git but I don’t have one installed in VSCode.

Obviously, if git is installed and working, and you want to use it, you simply need to open a folder which is already under git source control, or, initialise the folder with git. To do this, click the “Source Control” icon on the left, and click the “initialise Repository” button on the screen that appears.

If you add or amend files, the changes will appear and you can then add/commit/etc as required.

In left toolbar of Platform IO there is an icon called GitHub, but this seam to connect to GitHub and I do not find a way to tell it to connect to my server

It’s correct what norman says, this is not a part of PlatformIO, but simply the builtin Git extension in VSCode.

Hello Norman, that help a lot. Specially the links. I learned I have to have a local repository in any case. And I can share this on a server anywhere.