Hi, I would like to have custom firmware name, instead of firmware.bin i would like IotSwitch.bin file to be generated. Is it possible to configure?

Hi there. Thank you for this info, but where in Platform.ini do I put this code?
Do I just copy and paste it just like it is:

Or what part of this code do I use in my specific board’s env section:

to the environment and make sure that the extra_script.py with the content as shown in the docs exists in the project root folder. Refer to the docs for all further documentation on platformio.ini options.

So the script must be exactly this: 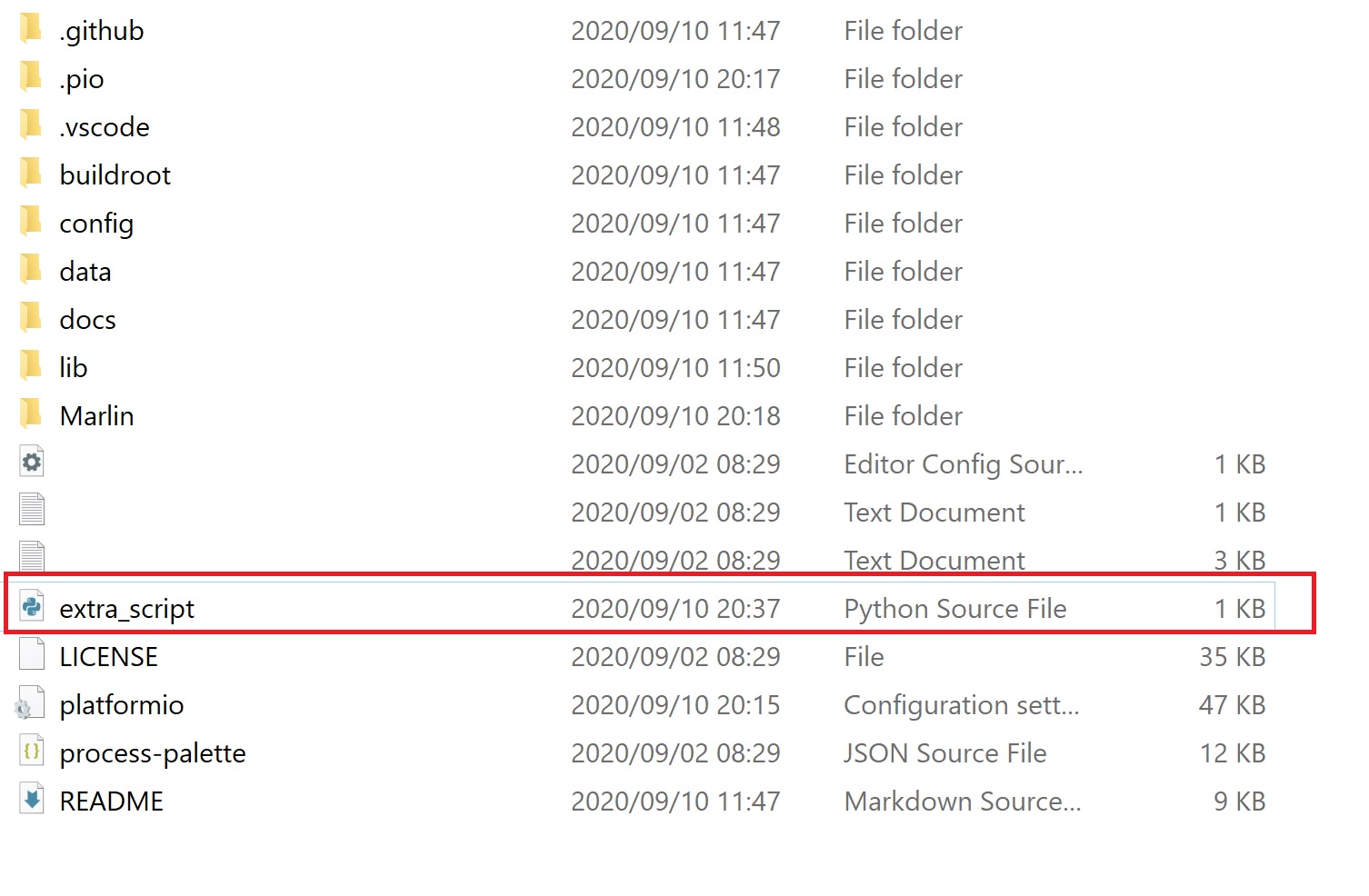 But where in platform.ini do I put what to call that script?

But where in platform.ini do I put what to call that script? 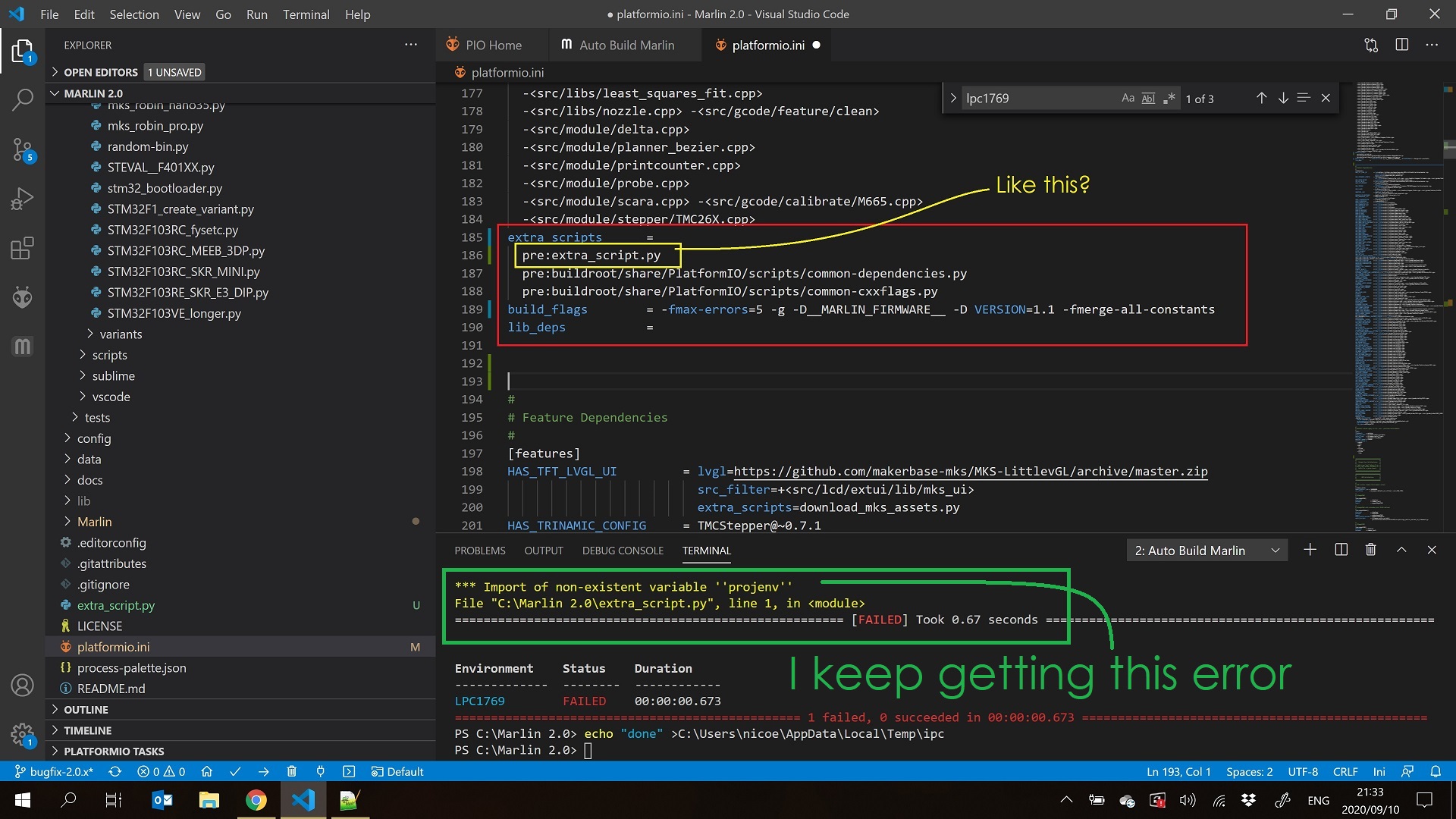 Can you show the contents of your extra_script.py in VSCode? Is the first line Import("env") as it should or Import("projenv"). Not being able to reference projenv is correct for pre: scripts as per docs.

Though there might be secondary error after that: The given example doesn’t work when there defines in the build script that are not defined to some value, but just defined. Because then the CPPDEFINES will e.g. be

and viewing them as (key, value) pairs as the code

does fails since the first item cannot be written in such a way.

But let’s see your file content first. The directives in the platformio.ini are correct.

A better, more general script for converting the -D VERSION=14 into the firmware name would be

Thank you.
I’ll try that today.
But how do I call this script and where in platformio.ini file?
Currently I have this: 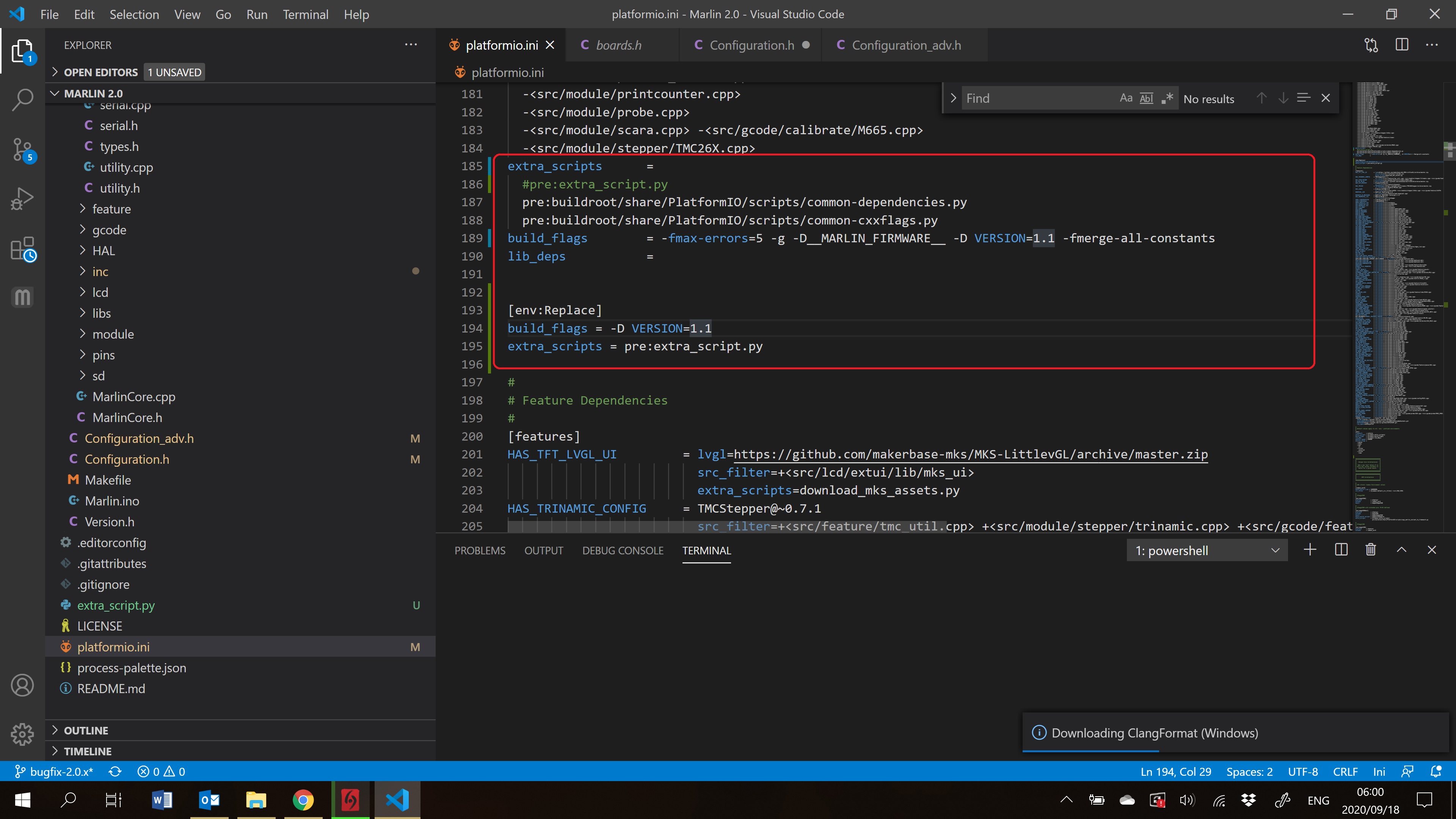 I had somebody else’ script with that projenv name thingi…

So I changed to another script without that.
This example shows that I need to define the platform, board and framework etc to call this script?

I am currently running the BTT SKR1.4 turbo board with tmc2209 drivers…

And with this setup, I still only get the firmware.bin file instead of the firmware version number… 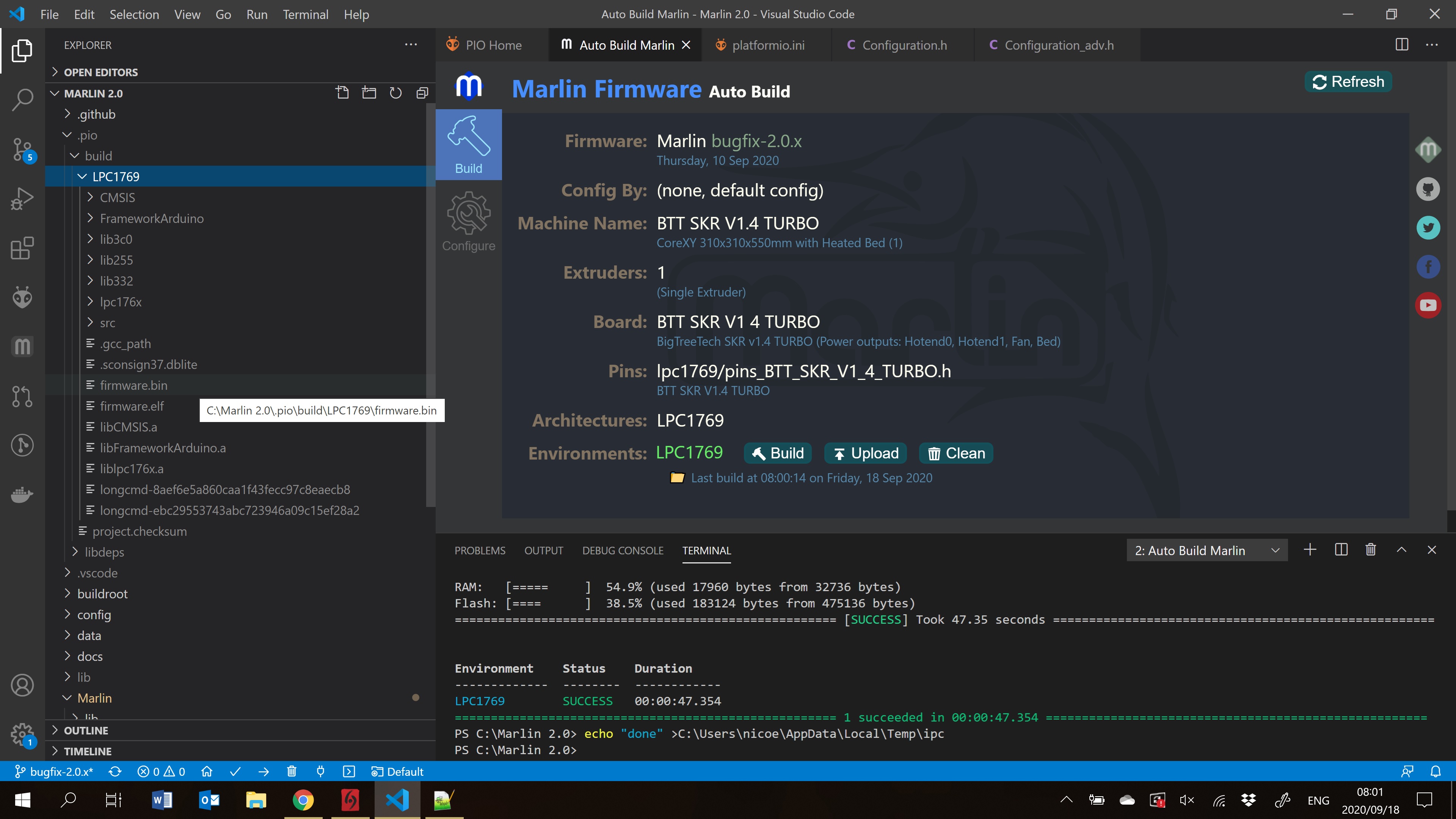