Hi,
I lost one of my Attiny13a’s trying to set the fuses. Something inexplicable happened.

This is my platformio.ini

I lost the terminal output unfortunately, but it said something along the lines of “Writing to lfuse… reading back… 0xFA is different from 0x7A”.
I dont get it, why the hell did the chip fuse end up with the 0xFA value? i.e. with its SPI programming disabled??
The PIO Set fuse process never returned too. I had to type ctrl+c to kill the terminal process.

Anyone knows if disabling SPIEN from the lfuse is a safety procedure from atmel in case of something going wrong? If so, what could I have done wrong?? I have been using my atmel ICE to program them since forever!

edit:
Just seen this too, might explain the problem?

According to the datasheet I have for the tiny13 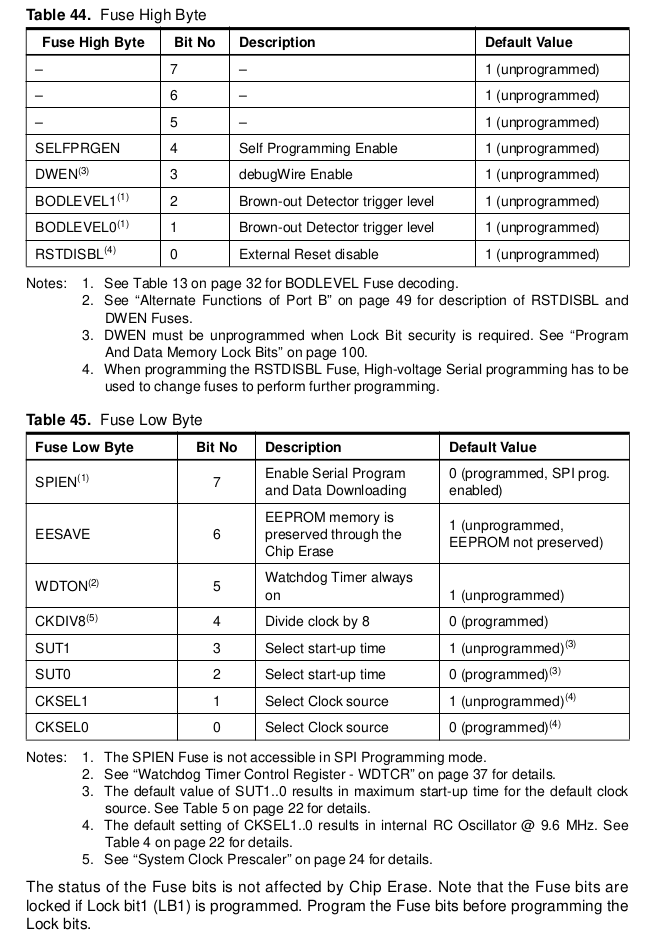 If you read the fuse byte, it will read 1 for the reserved bits… 7A sets bits 4, 5, 6, in the upper nibble bits 5 through 7 are reserved and will always read 1… from my memory of the tiny85…