Unit Testing on an Arduino Micro

Hi everyone! I am struggling with unit testing, and I am slowly losing my will to live… I use PIO (Core 4.3.4 Home 3.2.3) in VScode (1.47.0) on a 64 bit Windows 10 machine. I am working on a firmware project that uses an Arduino Micro and an Arduino Mega for prototyping (it’s a master-slave system).

A while ago, I started investigating unit testing for that project, and after much wailing and gnashing of teeth and a lot of googling I finally managed to get tests running on my Mega. Now, I am trying to run tests on my Micro. I created a test file much the same as my Mega test file, I run the Test task, the tests compile and the upload starts, but then the Micro disappears from Device Manager, never to be heard of again. No LED, nothing. if I reset it, it goes into the bootloader, but once that times out, it’s gone again. Here’s my ini:

I think this problem is caused by the fact that the Micro uses a native USB connection rather than UART for serial communication. I can recover the board by resetting it and flashing a blink script while the bootloader is still there.

Fine, I thought, you are really supposed to write your business logic platform independent, and do unit tests natively. So I set out to do just that. However, this time, after much googling and searching this forum, reading the docs and studying the examples, I still can’t get any tests to run. My library uses no AVR headers so it should compile just fine for x86. The native platform doesn’t work at all. I only get:

So I tried to use x86 as platform. First I ran into the test_transport problem, but I managed to figure this out by exactly following the docs. Alas, the rejoicing was brief, because now I get:

And I could not figure this one out yet. I’m stuck, and such is my despair that going back to Atmel Studio is being considered.

And third, can anyone recommend a guide or some docs for the whole unit testing business that is actually useful? The examples that are there are really cute and all, but after spending A LOT of time trawling through the PIO docs and example repos and reading blog posts, I still can’t figure out how to make my own unit tests work. I might be a bit daft, in fact, that’s a real possibility, but continually running against walls gets really frustrating. I’d REALLY appreciate a good how-to…

I have some updates. The problem with the semi-bricked Micro was indeed related to the native USB. I had an int main(void) rather than the setup and loop functions Arduinoland demands. Once I “rectified” this, the Micro is not bricked any more. Alas, still not getting any further. Since the bootloader and the application appear as different COM ports, if I run test as is, I get:

If i specify a test_port in my ini, it simply complains:

I reckon that latter one could be fixed by just adding a bit of delay before attempting to open the port. It’s past midnight over here so I won’t start diving into that right now, though.

OK I couldn’t help myself. I added a two second sleep just to check my hypothesis:

This is in the run method of the EmbeddedTestProcessor in embedded.py. Clearly that’s not an elegant solution, I guess trying to open for a while and then timing out might be better. I’ll file a bug report tomorrow. Now, bed time.

'cc' is not recognized as an internal or external command,

When using native, the compile is expected to be in the global PATH, aka you’d need to e.g. have MinGW installed and gcc globally available in the commandline. Or use https://docs.platformio.org/en/latest/platforms/windows_x86.html.

*** Do not know how to make File target upload’ (C:\git_repositories\combivalve_firmware\CombiValve_firmware\upload). Stop.`

Native targets do not implement “Upload” target as there is nothing to upload to. The file is already compiled in .pio\build\environment\<program>.exe which can be run directly.

The one test failure regarding

Since the bootloader and the application appear as different COM ports

This issue was known at https://github.com/platformio/platform-atmelavr/issues/55 and closed as a fix was integrated into platform-atmelavr. If it’s again not working, please file an issue there with all the necessary details.

Hi maxgerhardt, thanks for the quick reply! Things start to make sense, especially once I wasn’t overly tired anymore…

I checked out the issue you linked and it’s actually a distinct issue, albeit with very similar symptoms. I did some more poking and ended up filing an issue here: https://github.com/platformio/platformio-core/issues/3592

As for the upload in native, that now makes sense, thanks for explaining! I should’ve checked the source, it becomes quite clear once you look at it.

But the CC problem, sadly, remains. You were right, I did of course not have a separate installation of GCC, I somehow assumed the toolchain would be automagically supplied by PIO. I then installed GCC via MinGW and I have GCC and G++:

Yet I still get the complaint from PIO. I also understand now that ‘CC’ is a standin, to be replaced by whatever compiler I have installed. Sorry if this should be obvious, I must confess I haven’t deeply ventured into the mysteries of toolchains yet, so far I have only used pre-packaged toolchains, or Python…

As shown by the console output above, GCC is in my PATH, and I restarted VScode and even my laptop after installing GCC, but to no avail.

Hi freezyundead,
I had similar issues with [native] a month ago when I figured out that unity’s unit test wouldn’t allow me mocking dependencies out for a bigger project… then trying to get gtest installed and working was a nightmare. But it works fine now

If it is just the PATH that’s not working, make sure you added it to the correct environment variable “Path”. 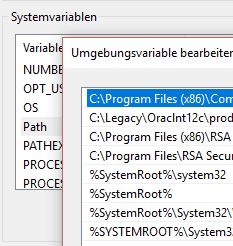 Then, restart VS code. If you installed MINGW with the right packets (see nightmare link…), it will not kill you there. Else, use the MINGW’s packet manager to select missing libraries etc.

If this still does not work, let me know; maybe I find some time to compile a step-by-step approach for you.

Hi schallbert,
Thank you for your suggestion! I added those two packages, but it didn’t change anything. Then, I started digging through the source code again and noticed that what I had locally was quite a bit different from what’s on github. Turns out, I was on platform-native 1.1.0 which, as far as I can tell, just flat out doesn’t work. Since PIO usually gives me a nice red dot icon saying "there’s updates to your packages/platforms/whatever, I assumed I was up to date on all platforms. After updating to 1.1.3 my tests miraculously compile.

With that, almost everything runs. All that’s left is the bug in the Micro test processor, and I guess I’ll fix that and file a pull request…

Thanks to all of you for being awesome rubber duckies!

What about platform = windows_x86 (since you’re on windows)… PlatformIO should then provide all the compiler toolchain itself… native is the odd one out - since it uses the ‘native’ toolchain that you’ve already installed (or so it assumes).

And it is frustrating… I remember posting earlier about a way to increase the delay between uploading and serial monitor, which seems to be all that’s needed to close that last issue re unit testing. Can’t find that post again now… probably used an extra-script to introduce a brief delay after upload… thus no file modification needed.

SigFox MKR1200 Unit Testing - If you don't see any output for the first 10 secs, please reset board

Yeah, I thought that, too… platform = windows_x86 gives me no end of grief about the test transport. Now that I made native work locally, and also remotely (based on my previous experiences, I fully expected setting up remote unit testing with our GitLab CI to be a pain beyond measure, but it was actually quite straightforward) I think I’ll quit while I’m ahead.

The idea with the extra script is awesome! I’ll try that for sure! Right now, I am working my way through the contribution guide, so I can propose a fix to the issue, but, you won’t guess it… I get errors with tox xD Automated testing is really cursed for me! I think I know what’s causing it tho.

I’ll keep you updated on my progress

Your tip with the script was gold! I added the following:

I found that in order for it to work I needed to place the script in the test folder and point the ini there. There’s an explanation in the docs somewhere. With that, my tests run native and embedded, locally and remotely. Much rejoicing ensues.

Regarding the platformio-core fix: this is priceless… I followed the PIO contribution guide, forked the repo, and ran the unit tests on the code AS IS. And… Drumroll… They failed. That’s it, i give up, I have my solution, I’ll let someone else figure out a proper fix.